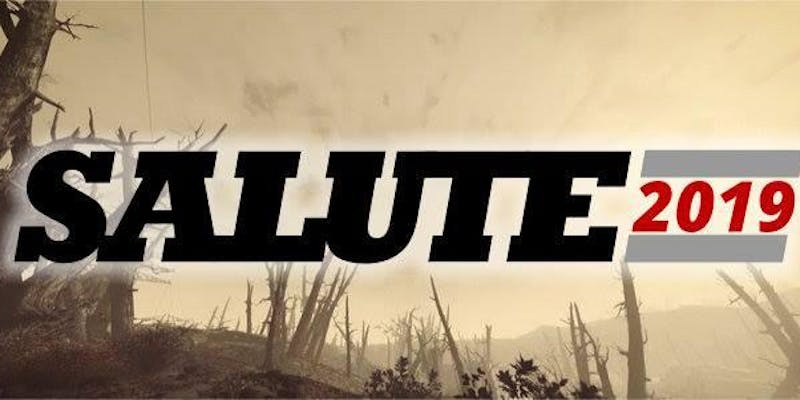 So, it's that time of year again when January is out of the way and those long periods of evening winter darkness start to give way to more light and we start to look towards upcoming events in our hobby calendar. 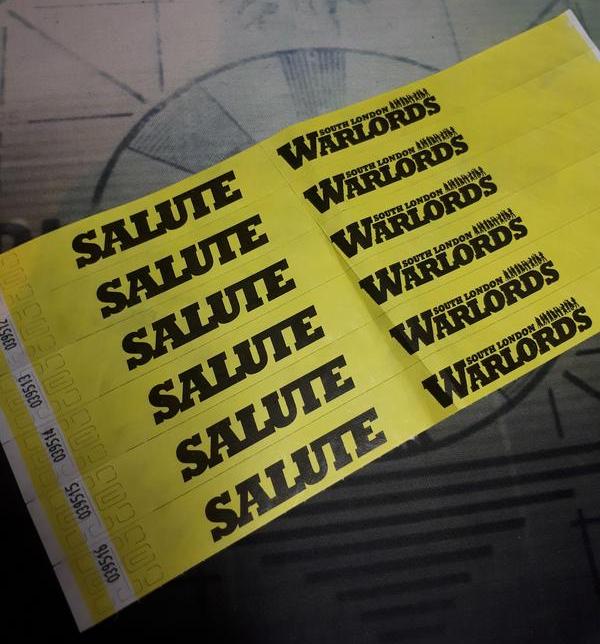 For me, that means the two events I attend in two months. The first being the annual pilgrimage to London Excel to attend Salute in April. And nothing reminds you of how far away they are than the wristbands dropping through your door!

This year will be the 5th year since the Random Platypus forum was set up as a sort of experiment that has grown to be the community it is today. This is largely thanks to the tireless work behind the scenes of Blackfly who pushes the buttons and makes sure the hamsters are all running as they should be and fed and watered of course.

But it is also down to the committed community. As an example of the dedication the community  has shown, this is also the 5th year that there will be Random Platypus participation games at salute. Having grown from running games for Hasslefree Miniatures on their gaming table to having two of our very own this year.

You will be able to find our tables at GM16 as featured on the games list. However there is one notable correction. Whilst there is a modern themed game it is not a 'battle of youth subcultures' - it is Carnage City Chronicles which I shall leave to Ex-F to explain as it's his project.

Carnegie City, or Carnage City as it is better known, is a city that has seen better days. Once a shining jewel of industry it is now long term decline where the only business showing solid growth is crime.

The combination of the new mayor and the new DA are pushing back against the hold of the Difonzo gang's hold on the city but they are meeting resistance, not only from the gangs on the streets but also from the corrupt officers and officials within the city.

Carnage City Chronicles is a skirmish game set in the US of Opportunity in a darker tomorrow afternoon where pulp fiction, pop culture and satire meet for drinks at the end of a long hard day.

The 2nd game that is being put on is from Soldado, and you have already seen some of the work he has put into this through his make your own flock from dried tea tutorial. It is the game of Burrows and Badgers that is available from Oathsworn Miniatures. 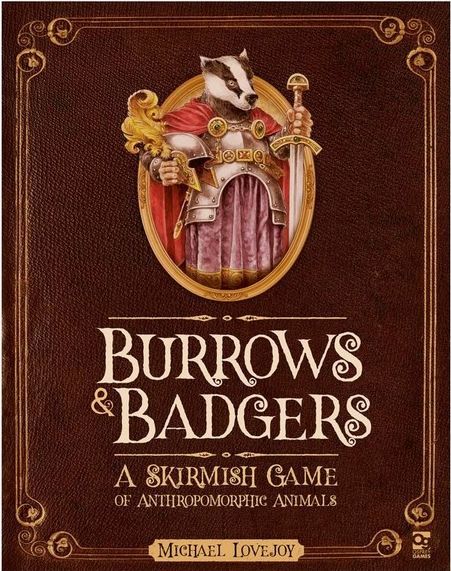 Burrow and Badgers. "The Nutting Hill Job":
The Kings guard are transporting a paychest, they've got it, you want it! 3 players must compete to get the paychest off the table, The guard will fight to keep you off and keep the chest for themselves! 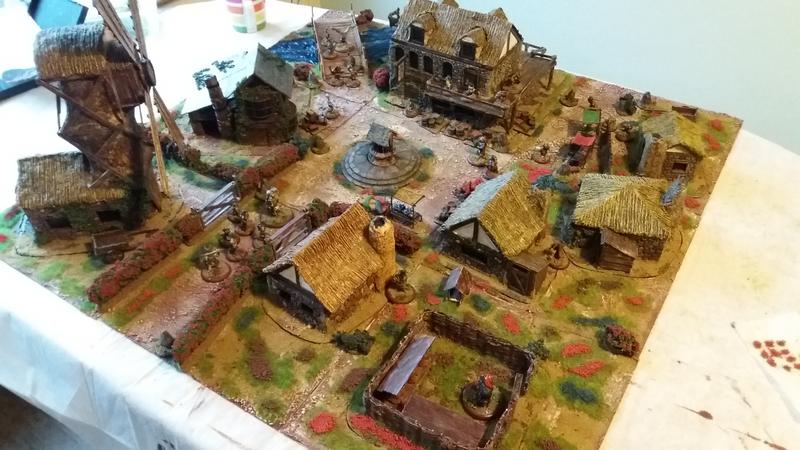 The small village of Nutting Hill has for the most part avoided much of the chaos and lawlessness that the Kingdom of Northymbra has descended into. Some beasts left to fight for one side or another, some even came back, but the village stayed quiet and peacful, until today! 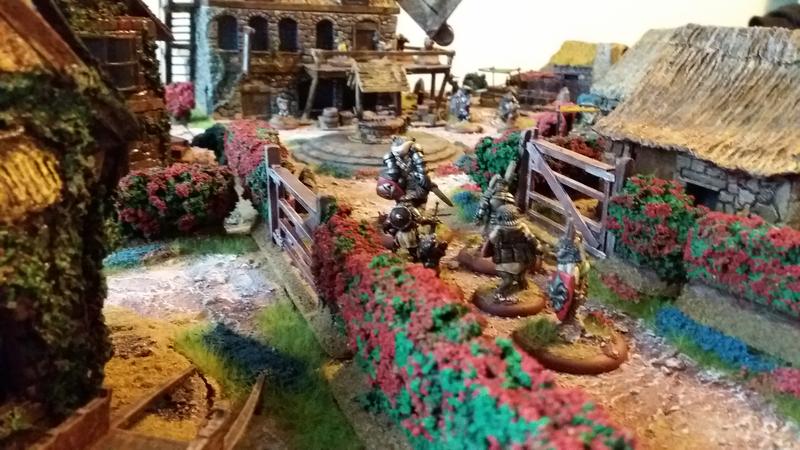 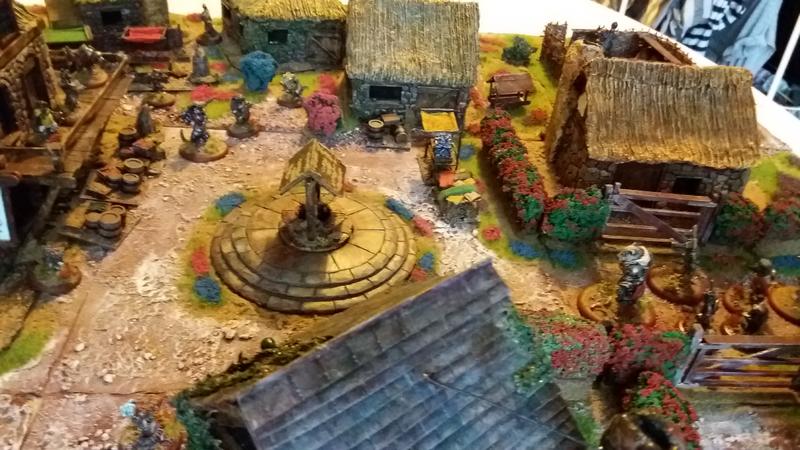 The Kings guard are escorting a large strongbox, taciturn as ever they wont discuss with any beast whats inside. Rumours abound and as the guard take their ease by the well, beasts are taking interest. 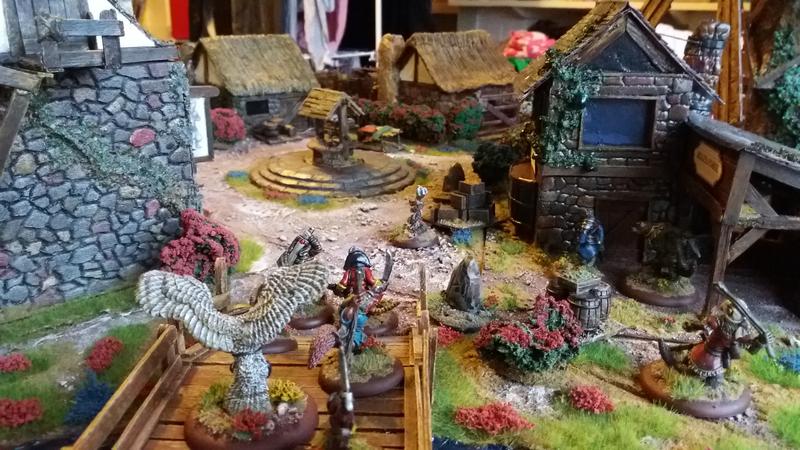 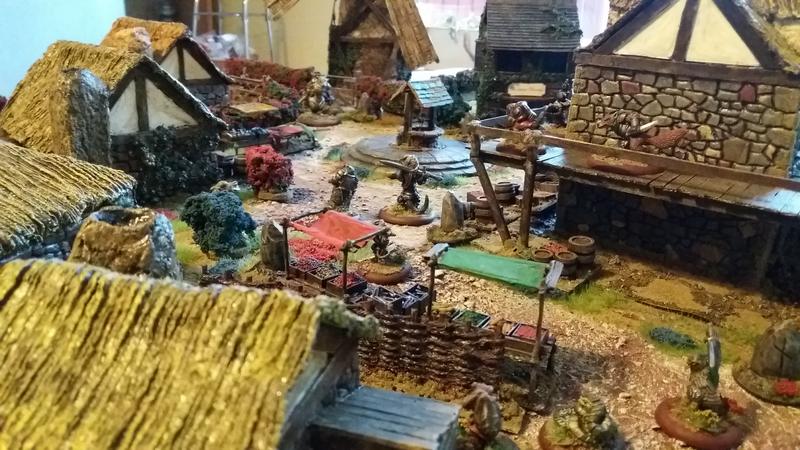 Three factions will vie with each other and the guard for the chest, can they take it for themselves or will the guards armour and training win the day!

The four factions on the day will be: 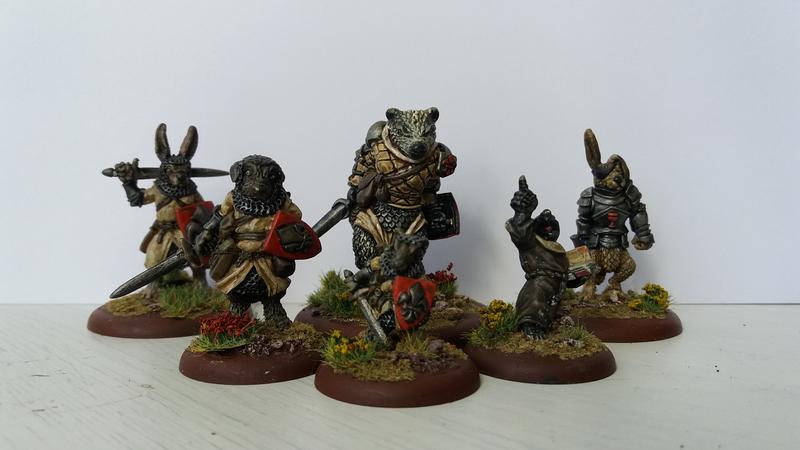 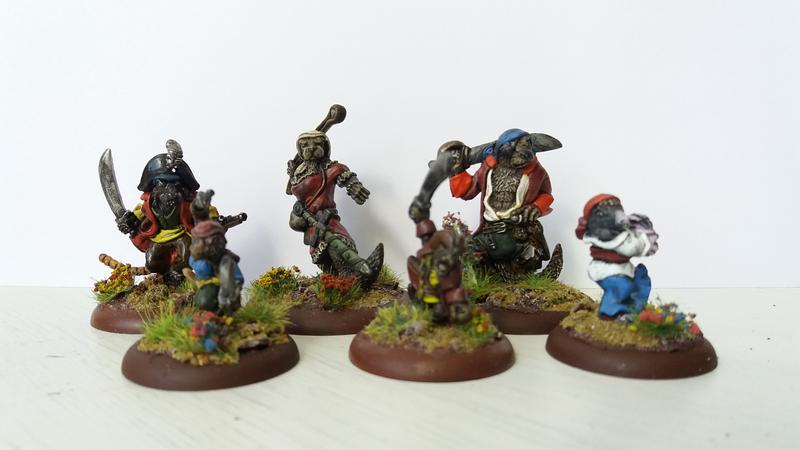 River pirates taking a break from swashing their buckles! 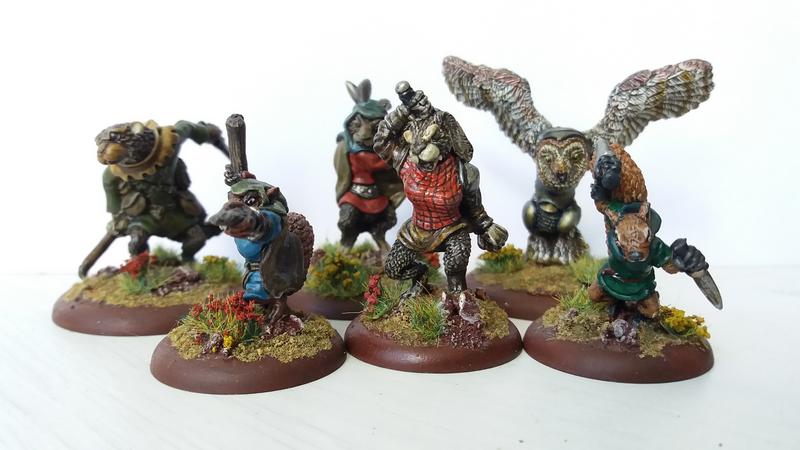 The Outlaws who live in the woods, and smell like it! 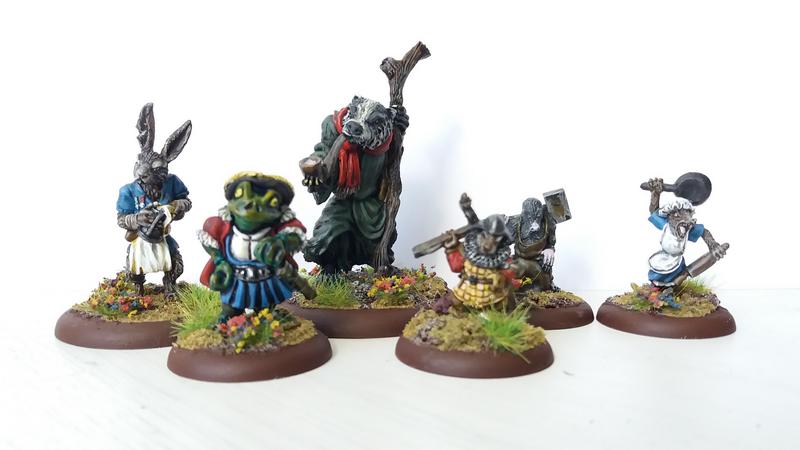 The good villagers of Nutting Hill, Local beasts of a very local village!
See you on the day - Soldado.

(If you like what you have seen of this project so far, take a look here for more - mcfonz)